houses . It joins the A5 ,M1 junction 18 and the major industrial warehouse estate which obviously employs many.

Its benefits will be to take a lot of  traffic  going through Hillmorton A428 which has been the main route until it opens. It will reduce the amount of time travelling to and from the Crick area. By reducing travelling time it should reduce carbon emissions and hence Co2

I am not aware whether it will be completed by its arranged date but the benefits of it should be communicated to those that surround the development and those that will use it now as it is being constructed so that when it is open it will achieve its purpose sooner rather than later.

Reduce co2 investing in the environment

When you are looking at cost reduction in a service that benefits society why is it with all the housing development going on in the U.K. and future housing development planned that those building the houses do not agree with the cable communication and internet providers to place ducting in the pathways before they fill them in and surface them. It is known that the biggest cost of placing optic fibre into the ground is the digging up of the ground.

​Do we not have people in charge now that cannot think ahead for saving problems of the near future. 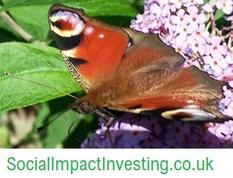